PROMOTION BASED ON MERIT - NOT STANDARDIZED TEST ALONE 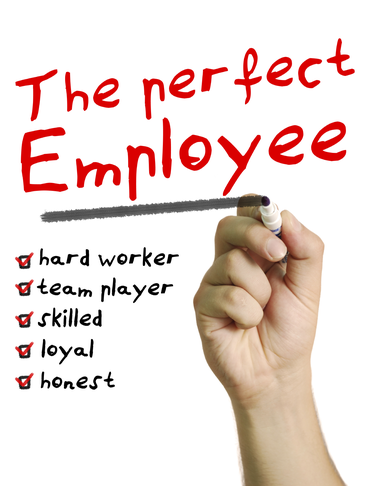 What problem does it solve? The ability to be promoted based on merit and not on standardized tests alone will allow positions to be filled by better qualified employees. What is your solution and who does it apply to? In addition to a standardized test which is applicable to that position, those applying for the position should be reviewed for other factors including: amount of work completed, skill, teamwork, and training ability. All elements should then be weighted to derive the test score. What is the anticipated impact? Those individuals whom may not score high on standardized tests for various reasons, will then have a better chance at promotion based on their excelling at the other weighted elements.

State standardize test are never relevant to the job. Merit based promotions already exist. Merit "raises" for employee's that are in no range titles should be reinstated with strict guidelines that hold supervisors accountable and tied to e-pars. Generally speaking most offices do not have career paths for employee's. As a result many employee's move from agency to agency taking their knowledge elsewhere. There should be a focus on building solid career paths within offices.

Yes, favoritism is one of the main impediments which I addressed in the implementation plan. However, for there to be fairness to all seeking promotion, there has to be some type of move to merit based system.

There is currently merit factored into promotions. I'd advise you to speak with your HR or CSC contact for further details, specifically, "how are state promotional exams weighted". It's not entirely just the test results

In the Christie administration, we tried to do something like this at OIT (DOT tried also). It was called "job banding". The CWA union, of which I am a proud member, fought this program tooth-and-nail all the way to the NJ Supreme Court and got it shot down. I will be the first to admit...my team had a hand in developing banding. It was not perfect, but it was a step in the right direction. With some tweaks (and union buy-in rather than confrontation), this could and should be revisited.

Only standardized tests offer the greatest amount of fairness in promotion. All other elements are very hard to prove the employee has these qualities.

Merit based system is ok if testing is used to validate eligibility. Education in the appropriate field is essential! I've been tested and ranked 1st many times, but never interviewed. The promotional system is a maze since you get varying and even conflicting guidance or interpretation from immediate mangers, HR and CSC on how to move up, even when you have the education, the merit and the rank! Mandatory rotational mentoring of new hires by managers might help promote equity and fairness.

Yes. Good idea. I have seen many cases where a professional is given the opportunity to work in a provisional title because of their merits, only to be demoted later on because "is not reachable" in the promotional list.

Merit? No thanks. too many factor would be at play there.

In response, merit would be based on a workers ability to complete the requirements for their position and have the ability to train others. This statement applied to positions which now base promotion on a standardized test only, The new procedure could include a standardized test, however, there should also be a merit element which would verify that all job expectations were met and that individuals should be weighted on their overall productivity when compared to others taking the test.

Thank you for your response. We need to be careful with including stipulations such as "ability to train others". Some things can be used to overextend a purpose, like forcing an employee to do more in a particular area so as to eliminate instead of proving merit. This is something that could help if used with good intent. My thought is it would need policy backing to protect interests especially for the elder, women, minorities, green card holders and the others that I missed. Thank you

Initially, promotional examinations are not "standardized" tests, rather, they are developed for each title based on a job analysis of the position at issue and test the knowledge, skills and abilities needed to perform in the title. Additionally, your proposal would require an amendment to the NJ Constitution as Art. VII, Sec. 1 requires that promotions be based on merit and fitness to be ascertained, as far as practicable, by examination, which, as far as practicable, shall be competitive.

This idea makes a lot of sense. Taking somebody out of their unit to go to another unit that they know nothing about just because they got a good score on a standardized test is inefficient.. I've seen trainees training the trainers because of this broken system..

As stated in the individuals solution portion, a test would also be a part of the promotion factor. As such the test should be catered to the position that is being tested and not a vocabulary/grammar review.

While I support the idea, I am apprehensive that definition of merit would be relative and primarily dependent on the people evaluating, and thats when the assumption kicks in that evaluators are unbiased. However, frequently the evaluators cannot remain unbiased and intentionally or unwittingly their agenda or motive creates bias in selection. Standarized test removes the bias but tests have their own drawbacks. If meritbased is entertained, the evaluators should probably be complete strangers.

i believe the test erases doubt on how an individual is selected. although unfair to those who have "earned the job". i think the biggest change should be is eliminating the provisional appointment. everyone should be hired off a list and not be subject to be bumped out of a job.

Some employees are excellent and their job and deserving of promotion, but just don't perform well on standardized tests. All too often an employee that is at best mediocre will test well and get a promotion over other more deserving candidates. The state is rife with employees in positions that they don't deserve. At a minimum, more weight should be given to how well they do on e-PARS and optimally their should be a supervisor score/opinion considered. Should also make tests more relevant.

This is an excellent program. I've been with the State for over 30 years and have held several jobs provisional and was never approved a supervisor's title. This is a huge problem. I have been asked to train supervisors several time but never received the merits I deserved. In one case I was demoted after being in the position for 10 years and successfully doing the job. But still was demoted. During this time my Supervisor never gave me a PAR/PERS (over 10 years).