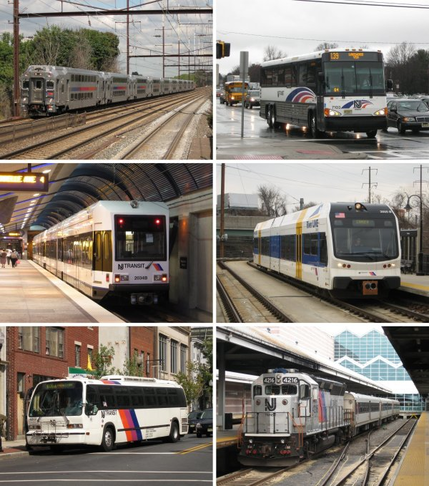 What problem does it solve? Help NJ state employees save money What is your solution and who does it apply to? State ID valid to use on public transportation without any fee What is the anticipated impact? Increase employee morale

Just what we need ... another benefit that the public will complain "State Workers" shouldn't be entitled to.

Fire Fighter can ride NJ Transit free. Only if Fire Chief is your friend he will tell you about this perk. All State employee should have free NJT ride any time by scanning their card. Only employee gets free ride, for family members they should pay.

I would like to see an extension of the Riverline to southern NJ such as Glassboro, Haddonfield and other locations that have train lines. This would be a great cost savings because it's about $1.50 for one way and it would enable those that are not near to have an affordable method of transportation and save money. In terms of free public transit, in Philadelphia they provide transit checks, however what good is it when there is a need for more routes for public transportation.

This is a very good idea and a good start , state employees should be incentivized to take public transportation instead of driving to work. This will get more cars off the already busy roads and less parking spaces would be needed in Trenton.

Why should it be free? State employees have to pay their way as well. The Essex County Sheriff' Officers should also be paying. I don't get your reasoning.

The Essex County Sheriff's Officers are able to take public transportation free of charge - why couldn't that extend to all state employees? The current transit program helps to cut the cost of transportation, however it still adds up over time.

If a state employee could get free rides on N.J. Transit , there would be less commuters waiting in line at the station to purchase tickets. Also, the conductor could view your state ID and not have to collect your ticket while you are on the train and provide you with a boarding pass, this would be more efficient operationally. How could this procedure be best implemented ?

Instead of offering this to gainfully employed State workers who are largely earning a life sustaining wage, perhaps offering this idea in the form of a short term program to all NJ residents who are unemployed as an aid to help them get to job interviews, new employee orientations, etc.?

Downtown Trenton already does this, you show your State ID and the bus takes you to all the state offices for free. This should be implemented in all the cities that have several state offices located in their downtown area. Only one bus zone or only on bus lines that run locally. I don't think the public would be that upset about it because schools/businesses give their students/employees single ride bus passes now. Raises aren't really available so this could save state workers money.

I believe an employee discount is at least a start. To commute from Metropark to Trenton it is $150 to park my car at the station and another $285 per month the last time I checked for a monthly pass. It is 80 miles roundtrip per day if I take the turnpike and 66 miles roundtrip if I take rt1. Gas also cost roughly 200 per month. I think by lessoning the price, traffic could be less, less fumes from cars polluting environment, less tense employees entering the building after a rough commute

Commuter Tax$ave program is available that allows employees to set aside Pre-tax dollars to pay for mass transit and parking expenses. NJ transit system have been plagued with funding and several other problems. Free ride at the time of such crisis would cause an uproar among commuters who already furious with the system. State needs to run NJT like a business.