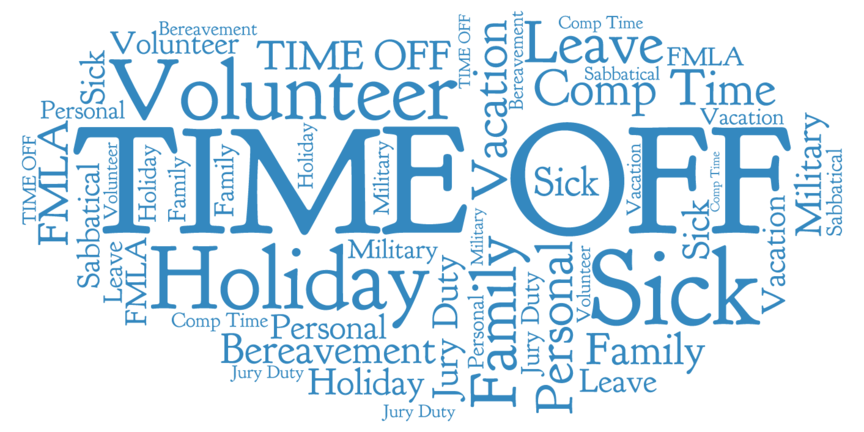 What problem does it solve? People run out of time off or need additional time off. This is obvious with the implementation of donated sick time and examples of those forced to take leave without pay. The reasons are various and justifiable. Additionally, certain periods throughout the year are busier than others, but this is being ignored. What is your solution and who does it apply to? The solution is a program that New York State currently implements. It is the ability to work an extra 2.5 hours per week without pay. These extra hours accumulate in ecats and then can be used as personal time off, at any time and without prior approval. When the time off is used, the employee is paid. These hours cannot be transferred to the next year. For example, Employee X could work an extra hour on Monday, then an extra 1.5 hours on Tuesday. Employee X would not be able to work any more extra hours that week. Employee X would not get paid for the extra hours worked on Monday or Tuesday, but would get paid for those hours when they are used as time off. If the 2.5 hours are not used by the end of the year, they will be lost. What is the anticipated impact? There will be a decreased likelihood that employees will be forced to need donated sick time or take leave without pay. Employees can adjust their work schedule by working more in periods where they are able, while allowing more time off to be taken in periods where it is needed. For example, if someone has kids, they will be able to work more during the school year, while working less during the summer when the kids are home. Additionally, if an employee experiences a busy season with work, they will be able to work longer during that season, thus accomplishing tasks faster, which benefits the State greatly. This flexibility will increase morale, decrease traffic, increase productivity, and assist the public more efficiently in times of need. At the same time, it does not create any negatives to the State or management, as the employee is working the same amount of hours and at the same pay rate, regardless of whether or not they utilize the program.

The program is clearly mutually beneficial to both the State and its employees, as evidenced by the fact that New York implements the program and it seems most New York employees actively participate in it.

Great idea, I definitely prefer this one to the AWP and others proposed on this platform mainly because it's an extra 2.5 hours a week only that accumulates with time and can be used as one wishes.

It is a great Idea, I believe this idea will benefit NJ State to reduce the unscheduled time off taken by their employees as well accommodate the employees’ needs and help them to meet their families obligations.

I support this idea, specially sometime we worked lots of extra hours just to get our work done without any compensation for it.

I fully support the idea of Accumulated overtime program, this will benefit both the State and the employees.

I am in support of this program. This program mirrors the Alternative Work Program that was cancelled. Also, bring back the Volunteer Furlough Days. We have been told time and time again that these types of programs take more Personnel support. Lately the State has been hiring a huge amount of hourly employees and still we cannot implement a new program? Let's make a change in State Government. Keep writing suggestions and keep your head up.

This idea is impactful because it pays State employees for their time. Dependent upon case load, some days there is no way to get all the work done from 9-5, yet there is no benefit to an employee to stay late, except one's own pride in their work product. A compensation time package could be another alternative that could be accrued and then used for time off.

I support the idea and believe in its benefits on the workforce.

I support this proposal and would participate in the program. The proposal improves workforce efficiency by allowing employees to work more during busy seasons, special projects, or other high-volume times. This would reduce response times and improve turn-around rates for assignments, especially urgent assignments. The proposal also empowers employees by giving them the freedom to select when they work longer hours, which will increase employee morale.

Would improve moral, and especially with our single parents that often run out of time just for being trying to be a responsible parent

As long as work productivity does not decrease. I know some full time positions have a fluctuating work flow. Nothing worse than being forced to be at work with no work to do (even getting paid for it). I agree being able to schedule work as demand calls for or as life events require which will actually be more productive in the long run.

I am very much in favor of this idea.