EDA-Bid out for an Indoor Waterpark Hotel Complex in Trenton 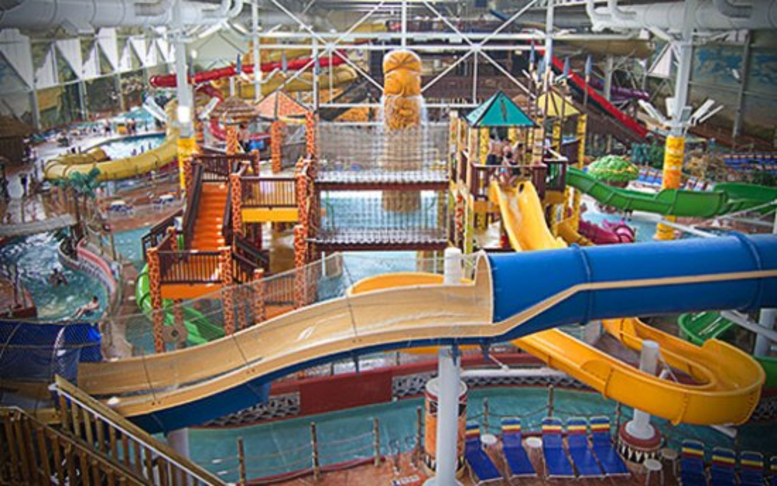 What problem does it solve? One of Governor Murphy's initiatives is to "Encourage job creation in urban centers and other distressed communities, particularly those with public transit assets." Indoor Waterparks are tried- and-true economic successes, but there aren't any yet in NJ. Building one here can be tied into family attendance at the State Planetarium, Museum, Sculpture Garden, archaeological excavation sites, and re-enactments in period costumes. What is your solution and who does it apply to? There are many former abandoned manufacturing sites that can be re-purposed to create this complex. It would increase events being held at the NJCURE arena and the War Memorial, and trips from the hotel to these sites could be arranged as package deals. What is the anticipated impact? It would increase ratables for Trenton and thus increased revenue to the State. It would decrease local unemployment. The "NJ First" law could be used, so that only NJ residents could be employed in the construction and ongoing operations.

Maybe they can also put one in Camden. After all, they already have an aquarium. Let people swim with the dolphins and seals! LOL! Ark! Ark! LOL!

Great idea. Get a private investor to do it though. What the Governor can do is create initiative for people to invest in the area to revitalize it creating jobs and revenue. There is somewhat of a water park/hotel in Mt Laurel. I think construction and operating costs would be too high to be worth it.

One major challenge is SAFETY for the visiting family and children that visit Trenton, NJ. Security costs would be high. So that needs to be an on-going conversation.

Hi Jessica - Yes, safety is a major issue, but distressed cities need to be turned around somehow, from a downward spiral to an upward one. Neglect and non-development will only worsen the issue, as it has until now. All I know is that we need enough people to vote on this idea to make it to Stage 2, so that we can TRY to turn Trenton around and better utilize its already existing good family events, sites, and attractions!

Bonny - Understandable, I also overlooked the title. I think that particular towns economy might be hard to see a difference. There are many other attractions around there. The hotel business might have changed being that there are a few other hotels along the same road. Also, close to philly. From an investment standpoint, looks like the location is perfect being right near a busy highway interchange. Did it bring more people and money to the area..I'm not sure. If any, probably out of towners.

Hi Rob - The title of my idea is "EDA - Bid ..." I realize that it appears that I meant to say "Build", but I really did mean to say "Bid", I realize that this needs to be a private investment, and that's what the EDA is meant to do. I apologize, I didn't know about the Mt. Laurel waterpark. That's great, we can use data from that waterpark to see if/how it impacted Mt. Laurel's economy, for good or bad.